5 fishing games that are more fun than the real thing! 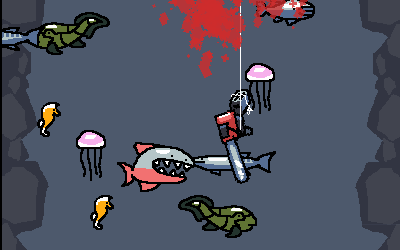 Fishing nets and hooks?  Pah real men use chainsaws and a shotguns!  Be the man you always wanted to be and blow those fish to smithereens before catching their delicous remains in your man boat. If this game doesn't put hairs on your chest then nothing will. Infact, don't be surprised if you've grown a full man beard and handlebar moustache by the time you've finished playing! 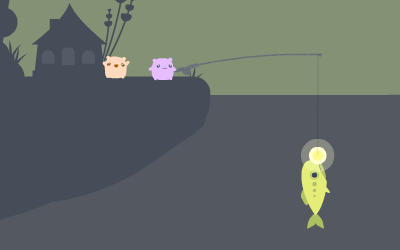 Okay maybe you don't want to turn into a big old hairy man. That's fair enough, especially if you're a lady. Don't worry though girls can fish too!  Catch all manner of bizarre under water creatures in this beautiful game.  As you catch more fish be sure to upgrade your equipment to go deeper to find rarer fish. At the greatest depths some of the fish are monstrously big. It is possible to beat the game by launching a lure accross the lake. Good luck! 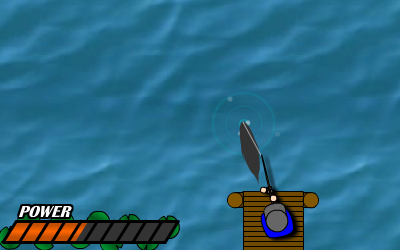 The goal here is to catch as many fish as possible in 2 minutes. To get a great score you'll need to fish fast - hence the name! Your score is calculated by the total length of fish you catch so it pays to aim for the big ones. Be sure to consider the wind direction when you cast your line and wait until the fish bites before you reel it in. Also don't pull the line too fast or you'll lose the fish. How much length can you catch in 2 minutes? Our best is 152" - beat that! 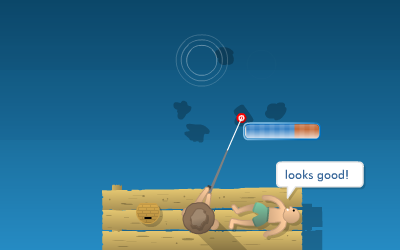 Grab your tackle and head on down to Oz because we're going fishing! This is a 2 minute challenge game much like Fishing Frenzy. Although the gameplay is similar there are plenty of tweaks and differences which mean both are worth checking out. The mouse wheel reel control in this game is a particularily nice touch. Be sure to view the in-game instructions before you play as it's tricky to figure out the controls otherwise. 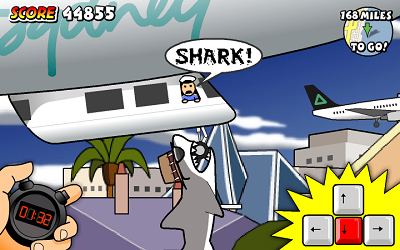 Tired of playing for the human team?  Then this is the game for you!  Take control of a crazed shark and run riot along the Syndey coastline!  People, animals and boats are all fair game when you've got teeth as big as this guy.  Avenge your fishy friends by causing as much chaos as possible! Did I forget to mentioned the planes? Yep that's right - this guy can take down an jumbo jet filled with screaming passengers using his mouth. Helicopters too! I'd love to see the battle if you pitted this shark against the guy out of Radical Fishing!