The Solitaire game you know and love with traditional Klondike rules. The goal is to arrange each suit of cards from Ace to King in the spaces at the top left of the screen. If you find an ace drag it there, then a two, then a three etc. To help reach this goal you must sort through the cards in the play area. You can move a card on to another if its number is one lower and it is the opposite color. For instance you can put a red two on top of a black three. To deal more cards tap the deck at the top right of the screen. Game options are accessed by pressing the “burger style” options button at the top left of the screen. For easier gameplay access the game settings and untick “Draw 3”, this will allow you to draw one card at a time. There is no time limit so you can play at your own pace. Enjoy!

Tap to Move: This game features “tap to move”. If you see an open move you can drag the card there or alternatively you can tap (mobile) or double click (PC) and the card and it will move there by itself. Give it a go - once you’ve tried it it is hard to go back.

About / History of Solitaire

It is natural to think that solitaire games preceded card games for two or more players. We can easily imagine how solitaire grew out of the rites of dealing and selecting the cards for fortune telling - divination is the first known use of tarot cards. But this is really just guesswork, as there are very few historical records concerning solitaire.

Scholars disagree about the ultimate origin of playing cards, but it is generally thought that they were introduced during the 14th century to northern Europe, probably from Italy. We do know the main rules of a game played at that time, tarocchini or tarok, which is still played in central Europe. But not until the 19th century did anyone bother to record the rules of a solitaire game for posterity.

The playing of patience is referred to in Tolstoy’s War and Peace, in a scene supposed to have taken place in 1808. As Tolstoy was very careful about his historical details, this reference is unlikely to be inaccurate, particularly as Tolstoy himself was a passionate devotee of solitaire.

However, there are probably much earlier references to solitaire in French literature, since the earliest English books on patience seem to have drawn on French sources. Indeed the very names of the games in these books are almost all French - La Belle Lucie, Les Quatre Coins, L’Horloge, La Nivernaise, La Loi Salique, Le Carre Napoleon, etc.

As well, there is a newsletter dated 1816, which reported that Napoleon Bonaparte, in exile at St Helena, kept himself busy playing ‘patience’. This is the earliest reference to patience as a game, unearthed by the Oxford English Dictionary, though Patience seems to have been such a known game that it needed no further explanation.

Whether Napoleon invented any of the games bearing his name, or even whether or not he played them, no-one really knows. Perhaps they were older games, renamed for Napoleon by his admirers. During his brilliant military campaigns in Italy and Austria, thousands of commercial products changed to the brand ‘Napoleon. Alternatively, the products changed to Napoleon solitaires may have been invented during this extraordinarily fertile and rich period of experimentation and innovation in playing cards. Interestingly, it was about this time that the ace (symbolising the lowest social class) began to be placed regularly above the king (the nobility), and old designs gave way to new symbols of the French Revolution. At some gambling casinos, the faces of the cards changed daily, while the ‘house rule’ for ranking the card changed three times a week.

Many new games, and new variants of old games, were invented during this period. The solitaire family of card games probably also flourished during this time, but again there is a sad lack of historical records. There is no reference to solitaire, much less the description of a particular patience, in any of the books upon which the modern day relies for its early history of card games, such as Charles Cotton’s The Compleat Gamester (1674), Abbe Bellecour’s Academie des Jeux (1768) and Bohn’s Handbook of Games (1850).

The first English compendium of solitaire games is believed to be Lady Adelaide Cadogan’s Illustrated Games of Patience, published in about 1870 a pioneer work that ran through many editions. At about the same time Mrs E.D. Cheney wrote Patience and Annie B. Henshaw wrote Amusements for Invalids (Boston 1870). Soon, the publishers of handbooks on chess, whist, croquet, badminton, etc., were busy adding solitaire to their book lists. In 1883, Dick & Fitzgerald of New York issued their first series of Dick’s Games of Patience, followed by a second series in 1898. These well printed, illustrated volumes greatly added to the list of recorded solitaires.

By the end of the 19th century, there were many books on solitaire. Among those who made important contributions were ‘Cavendish’ (H.E. Jones), ‘Professor Hoffmann’ (Angelo Lewis), Basil Dalton and Ernest Bergholt.

Another literary reference published about this time can be found in Somerset Maugham’s The Gentleman in the Parlour: ‘I reproached myself as I set out the cards. Considering the shortness of life and the infinite number of important things we are to do during its course, it can only be the proof of a flippant disposition that one should waste one’s time in such a pursuit … But I knew seventeen varieties of patience. I tried the Spider and never by any chance got it out … ‘

It might be wondered whether this self-reproach was sincere. After all, it is not necessarily ‘proof of a flippant disposition’ to take recreation. There is a well-known statesman - who, at moments of crisis, tended to relax with Solitaire. Oddly enough, he too was a devotee of Spider. At the time he was President of the USA. He was Franklin Delano Roosevelt.

The catharsis of patience has been recognised by many novelists. Tolstoy himself had an addiction to patience bordering on superstition. At times of uncertainty, he would play a card game to decide what to do, though it is said if he did not like the answer, he would reshuffle and deal again. Another Russian author, Dostoevsky, in The Brothers Karamazov, portrays the character, Grushenka, resorting to Solitaire to get through an almost unbearable period of suspense. The game played by Grushenka was called Fools.

Another game, which became almost a common noun at one time, is Canfield. The game is named after Mr Canfield, who owned a fashionable gambling salon in Saratoga in the last decade of the 19th century. He proposed that players buy a deck of cards for $50 and play a game of the solitaire Canfield. He pledged to pay a player $5 for every card in their foundation piles at the end of play. Since the player could expect on average between five and six cards, this meant Mr Canfield stood to win about $25 per game. Despite this inordinate house percentage, thousands of players accepted Mr Canfield’s proposition, and the cult of Canfield spread all over the country. Mr Canfield is believed to have accumulated a small fortune in this way, though he later said his solitaire room was less lucrative than the roulette wheel. While only two housemen were needed to operate roulette and could therefore handle lots of customers at a time, a houseman had to be hired for every solitaire punter to watch the player for fraud.

The game played at Canfield’s casino is ussually called ‘Canfield’. However, Canfield has also been a name widely misapplied to another game, Klondike, which eventually overtook Canfield in popularity.

You may also enjoy: 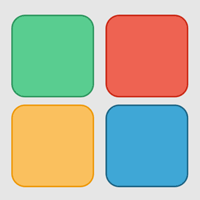 Simon SaysExercise your short term memory by repeating the sequence of colors. 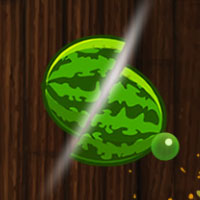 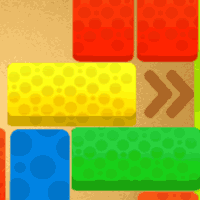 UnBlockedSlide the blocks to clear a path for the golden block 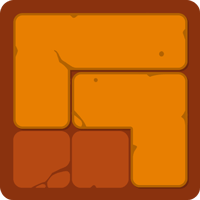 Puzzle Blocks: AncientRotate and place the blocks to solve ancient puzzles across Egypt, Greece and Persia.